Rainwater Harvesting Efficient water use is increasingly important to Texas.  With the state’s growing population and limited supply of both groundwater and surface water, Texans must use water wisely.  Rainwater harvesting is an innovative approach anyone can use.

Rainwater Harvesting: What is it?

Rainwater harvesting captures, diverts and stores rainwater for later use.  With proper treatment, the captured rainwater can be used for drinking.  But the easiest way to use stored rainwater is for landscaping.

Why is rainwater harvesting a good idea for my home?

Not only can utilizing a rainwater harvesting system reduce your water bills but, because rainwater is free of salts and other minerals that harm root growth, it good for your lawn and plants and allows for better root growth and drought tolerance.

Why is rainwater harvesting a good idea for my community?

Rainwater harvesting makes efficient use of a valuable natural resource. In many communities 30 to 50 percent of the total water consumption is used for landscape irrigation.  If that demand for a limited natural resource can be reduced, everyone benefits.  Also, rainwater harvesting systems reduce flooding, erosion and the contamination of surface water with sediments, fertilizers and pesticides in rainfall runoff.

Rainwater Harvesting pavilion Is it difficult or expensive to set up a rainwater harvesting system?

Rainwater harvesting is an innovative approach anyone can use and systems can be as simple as a single rain barrel installed to a single gutter spout.  The Demonstration Idea Garden (DIG) has a rainwater harvesting system designed and installed by the Brazos County Master Gardeners Association.  This system, made up of two cisterns, collects about 476 gallons for each inch of rainfall!

About our rainwater harvesting system in the Demonstration Idea Garden

The first collection tank installed was a 1550 gallon poly water tank for rainwater collection and in 2010 a 2500 gallon corrugated metal tank was added. In 2015 a third tank (capacity 2500 gallons, poly construction) was added. Total capacity of the system is now 6550 gallons which will store 13.6 inches of rainfall. The tanks are connected for both the collection and usage of the rainwater. Being taller, the two 2500 gallon tanks fill first during a rain event and then overflow into the 1550 gallon tank as additional rainfall is received. If all tanks become full during a rain event, the excess overflows from the 1550 gallon tank and the collection piping is opened so that additional rainwater is diverted to the gutter downspout as would normally occur.

A shallow-well household type water pump is used to distribute the rainwater from the tanks to the DIG through a drip irrigation system.  Standard household water faucets can also be used to distribute the rainwater by means other than a drip irrigation system.  Should the rainwater storage supply amount become low, irrigation can be accomplished with the usual water (city system) source.  Another option is to mix the city water and rainwater in the storage tanks if the tanks become low and rainfall is not forecast in the reasonable future.  Thus, it does not have to be either all rainwater or all city water. 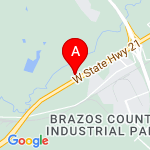